Esports lawyer and writer Bryce Blum has suggested that battle royale games can become successful as esports and spectator competitions, but will need to take inspiration from golf to do so.

Battle royale games, such as Fortnite, PlayerUnknown’s Battlegrounds and H1Z1: King of the Kill have become all the rage recently, dominating not only in player counts, but also live streaming, with hundreds of thousands tuning in to watch their favorite streamers attempt to survive till the end.

However, while streamers like Ninja and Dr DisRespect prosper and flourish with these games, seeing their Twitch and YouTube channels boom, the esports industry doesn’t seem to have fully tapped into the battle royale’s potential yet.

Most of this, people argue, is because they are simply not suited to being spectated in a multi-team tournament, because it becomes difficult or near impossible to keep track of all the players on a 100 player map.

However, Blum has suggested that the broadcasters need to switch their perspective, and not focus on capturing as much gameplay as possible from as many competitors as possible, but rather focus on the best or most popular players, and then as the tournament narrows down, follow the leaders only.

In his article via ESPN, Blum explains that it should be inspired by how Golf tournaments are broadcast:

“Battle royale esports need to take a page out of golf’s spectating playbook and re-think how the esport is broadcast, and these games have the potential to become the most popular and watchable esports in the world.”

As Golf tournaments similarly can have hundreds of competitors all competing at the same time or immediately after one another, there is certainly a similarity, and Blum argues that broadcasters need to let the narrative of the event drive the coverage, rather than the individual action of each competitor.

Blum gives a five point plan of how this could be achieved, by focusing on the best players and teams first, hiring lots of casting talent – casters which guide the ‘macro’ level of the tournament, and others covering the finer details of players and kills.

He also recommends quite a radical change, involving broadcasters and even the players themselves knowing where the action will be driven, as most BR games have a method of concentrating players in certain locations, by essentially damaging or killing players who are out with a designated safe zone.

If the broadcast knew where this was going to be ahead of time, they could work from a more predictable and less random vantage point.

You can read Blum’s full explanation on how to improve battle royale esports here. 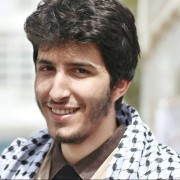